This application allows to install multiple Imeon inverters in parallel to grid in order to increase the installation’s power output to a level which is suitable for commercial and small industrial applications.

diagram of operating principle of MULTISTAKING

Integrated into the IMEON OS. ONE operating system, the “Multistacking” is an innovative application developed by IMEON ENERGY and accessible free of charge to owners of an Imeon hybrid inverter.

Imeon inverters are packaged and delivered together with a Smart Metering device which measures the real time power consumption of the installation site and reports the measurement to the inverter. Imeon reacts to the data coming from the Smart Meter by adapting the power injected to the grid node to match the indication of the meter. The ultimate goal of this feature is to bring down the power drawn from the electricity network as close to zero as possible while avoiding the unnecessary export of power to the grid. In certain cases, if the load exceeds the power rating of the inverter it is not possible to completely offset the energy consumption; a 9kW inverter cannot compensate 21kW of consumption. In multistacking topology, with injection of multiple AC-coupled inverters governed by a single Smart Meter, such compensation is feasible. The meter will send the information to a “stack” of several inverters at the same time, and the stack will adapt their injection to offset the common load while avoiding export. Increasing the number of the inverters in the stack automatically increases their capacity to compensate the energy drawn from the grid.

Much more than a manufacturer of solar hybrid inverters, IMEON ENERGY is constantly developing new software applications and working on projects related to artificial intelligence in order to improve the performance of its solutions and the satisfaction of owners of IMEON hybrid inverters.

Let us know if you’d like to learn more about our smart solutions using contact@imeon-energy.com. 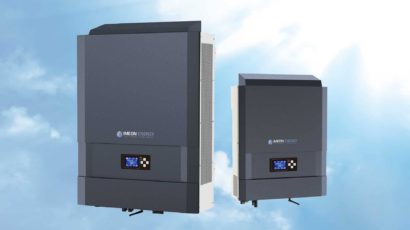 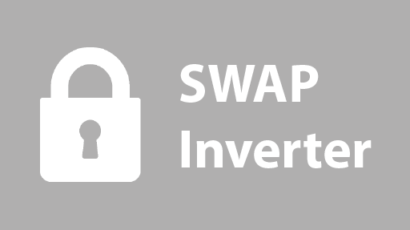 SWAP Inverter
In the event of service related product return, this application allows the exchange of the…
add